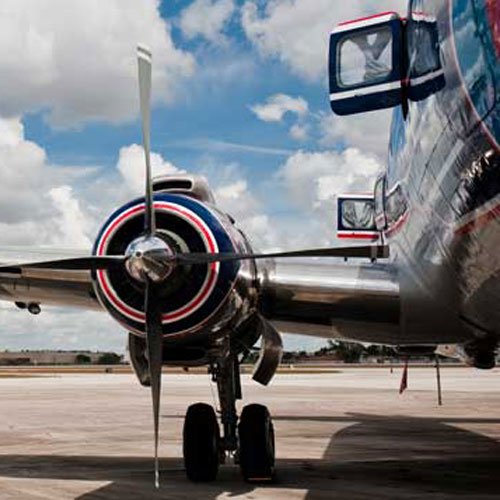 When dealing with aircraft parts, it is important to know the different condition codes and terms when it comes to purchasing and selling aircraft parts. This will avoid any misunderstanding, confusion, or customer frustration allowing you to have a smooth transaction.

Below we have included the most used aviation acronyms and terms involved in aircraft part sales.

The part is sold in the condition it was in when removed from the aircraft. There are various reasons why a part would be removed, one of the reasons are for teardown purposes of the aircraft, malfunction of the unit, or the airplane was involved in an accident.

A serviceable unit can be categorized in different acronyms such as “SVC”, “RP” or “SV”. Don’t get confused, these acronyms are the same and mean that the part is fulfilling its function adequately and useable. Now, it might not be the most attractive looking part because the only important thing is that the part is working but it will work its purpose on the aircraft. Typically many operators and maintenance facilities choose to buy a serviceable unit because they would be paying much less than buying an overhauled or new unit. A serviceable unit will go through a very simple bench test to determine if the unit works, if it doesn’t work, they will find the cause and only replace what is causing the problem.

An overhauled unit is very different from a serviceable unit. When a FAA Authorized 145 repair station overhauls a unit it means they part was disassembled, cleaned, inspected, repaired as necessary to finally get reassembled, and it has been tested in according to approved manual standards of that specific part that includes technical data and current standards. The repair station to the best of their ability will try and make the part look like new again by replacing all internal components that are rusted, damaged, or necessary and they will also do cosmetic work on the part to make it look like new.

A New Surplus part in aviation means that the part is brand new and never been used but for some reason the part has no documentation or certification from the O.E.M (Original equipment Manufacturer) but it can come with a company certificate of conformance (ATA106) and some sort of trace to it thus making the part less expensive than the new unit because what holds the real value is the manufacture certificate. There is a common misunderstanding in the aviation industry that if a part has been sitting in a shelf for X amount of time in new condition it is automatically labeled new surplus, this is incorrect. Some scenarios of new surplus parts would be from large lot and auction sales or liquidating assets from previous owners.

This is a very straight forward term in every industry. The part is brand new from the factory and has its appropriate O.E.M trace and certification (8130-3 if applicable). Some terms used in the industry for new condition are NE (NEW), FN (Factory New).

A core is a unit that has not gone through any sort of repairs and is the same as an “as removed” unit. The term core is used when conducting an exchange transaction as you will need a core of the part number you would like to exchange.

The vendor will give you a fully functional Serviceable or Overhaul part in EXCHANGE for your CORE which typically involves the same part number or in some cases the vendor may accept alternate part numbers but very rarely. In some parts that have modifications it is very frequent for vendors to ask for the core being returned to have the same modifications (examples MOD 1, 2,3) as the unit you will be receiving.